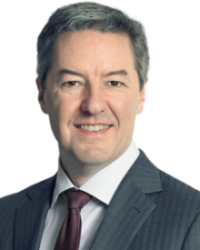 Brian is widely recognized as a leading arbitration practitioner and thought leader. His areas of particular subject matter expertise include:

Until December 2018, Brian was a senior partner in the international arbitration group at Freshfields Bruckhaus Deringer, based in New York. Over the course of his career, Brian acted as counsel in more than 100 cases, including two of the largest investment arbitrations to date. Alongside his counsel practice, Brian also sat selectively as arbitrator.

Brian publishes frequently on arbitration topics and is a regular speaker at industry and government conferences. Since 2013, he has taught investment arbitration law as an Adjunct Professor at the New York University School of Law. In 2018, Brian accepted a further appointment as a Distinguished Practitioner-in-Residence at the law school.

Brian maintains offices in New York and in London, where he is an arbitrator member of chambers at 3 Verulam Buildings. In addition to his native English, Brian speaks Dutch and reads Spanish and French.

Further information about Brian’s experience, publications,  speaking engagements, professional recognition and philosophy is available by clicking these links, or by accessing the downloadable CV.